After more than thirty years of service as one of the Navy’s top aviators, Pete “Maverick” Mitchell (Tom Cruise) is where he belongs, pushing the envelope as a courageous test pilot and dodging the advancement in rank that would ground him. When he finds himself training a detachment of Top Gun graduates for a specialized mission the likes of which no living pilot has ever seen, Maverick encounters Lt. Bradley Bradshaw (Miles Teller), call sign: “Rooster,” the son of Maverick’s late friend and Radar Intercept Officer Lt. Nick Bradshaw, aka “Goose”. Facing an uncertain future and confronting the ghosts of his past, Maverick is drawn into a confrontation with his own deepest fears, culminating in a mission that demands the ultimate sacrifice from those who will be chosen to fly it.

In “Top Gun: Maverick,” the breathless, gravity and logic-defying “Top Gun” sequel that somehow makes all the sense in the world despite landing more than three decades after the late Tony Scott’s original, an admiral refers to Tom Cruise’s navy aviator Pete Mitchell—call sign “Maverick”—as “the fastest man alive.” It’s a chuckle-inducing scene that recalls one in “Mission: Impossible – Rogue Nation,” when Alec Baldwin’s high-ranking Alan Hunley deems Cruise’s Ethan Hunt, “the living manifestation of destiny.” In neither of these instances is Cruise’s co-stars exclusively referring to his make-believe screen personas. They are also (or rather, primarily) talking about the ongoing legacy of Cruise the actor himself.

Truth be told, our fearless and ever-handsome action hero earns both appraisals with a generous side of applause, being one of the precious remnants of bonafide movie superstardom of yore, a slowly dwindling they-don’t-make-’em-like-they-used-to notion of immortality these days. Indeed, Cruise’s consistent commitment to Hollywood showmanship—along with the insane levels of physical craft he unfailingly puts on the table by insisting to do his own stunts—I would argue, deserves the same level of high-brow respect usually reserved for the fully-method sorts such as Daniel Day-Lewis. Even if you somehow overlook the fact that Cruise is one of our most gifted and versatile dramatic and comedic actors with the likes of “Born on the Fourth of July,” “Magnolia,” “Tropic Thunder,” and “Collateral” under his belt, you will never forget why you show up to a Tom Cruise movie, thanks in large part to his aforesaid enduring dedication. How many other household names and faces can claim to guarantee “a singular movie event” these days and deliver each time, without exceptions?

In that regard, you will be right at home with “Top Gun: Maverick,” director Joseph Kosinski’s witty adrenaline booster that allows its leading producer to be exactly what he is—a star—while upping the emotional and dramatic stakes of its predecessor with a healthy (but not overdone) dose of nostalgia. After a title card that explains what “Top Gun” is—the identical one that introduced us to the world of crème-de-la-crème Navy pilots in 1986—we find Maverick in a role on the fringes of the US Navy, working as an undaunted test pilot against the familiar backdrop of Kenny Loggins’ “Danger Zone.” You won’t be surprised that soon enough, he gets called on a one-last-job type of mission as a teacher to a group of recent Top Gun graduates. Their assignment is just as obscure and politically cuckoo as it was in the first movie. There is an unnamed enemy—let’s called it Russia because it’s probably Russia—some targets that need to be destroyed, a flight plan that sounds nuts, and a scheme that will require all successful Top Gun recruits to fly at dangerously low altitudes. But can it be done?

It’s a long shot if the details of the operation—explained to the aviator hopefuls in a rather “It can’t be done” style reminiscent of “Mission: Impossible”—are any indication. But you will be surprised that more appealing than the prospect of the bonkers mission here is the human drama that co-scribes Ehren Kruger, Eric Warren Singer, and Christopher McQuarrie spin from a story by Peter Craig and Justin Marks. For starters, the group of potential recruits includes Lt. Bradley “Rooster” Bradshaw (Miles Teller, terrific), the son of the dearly departed “Goose,” whose accidental death still haunts Maverick as much as it does the rest of us. And if Rooster’s understandable distaste of him wasn’t enough (despite Maverick’s protective instincts towards him), there are skeptics of Maverick’s credentials—Jon Hamm’s Cyclone, for instance, can’t understand why Maverick’s foe-turned-friend Iceman (Val Kilmer, returning with a tearjerker of a part) insists on him as the teacher of the mission. Further complicating the matters is Maverick’s on-and-off romance with Penny Benjamin (a bewitching Jennifer Connelly), a new character that was prominently name-checked in the original movie, as some will recall. What an entanglement through which one is tasked to defend their nation and celebrate a certain brand of American pride …

In a different package, all the brouhaha jingoism and proud fist-shaking saw in “Top Gun: Maverick” could have been borderline insufferable. But fortunately Kosinski—whose underseen and underrated “Only The Brave” will hopefully find a second life now—seems to understand exactly what kind of movie he is asked to navigate. In his hands, the tone of “Maverick” strikes a fine balance between good-humored vanity and half-serious self-deprecation, complete with plenty of quotable zingers and emotional moments that catch one off-guard.

In some sense, what this movie takes most seriously are concepts like friendship, loyalty, romance, and okay, bromance. Everything else that surrounds those notions—like patriotic egotism—feels like playful winks and embellishments towards fashioning an old-school action movie. And because this mode is clearly shared by the entirety of the cast—from a memorable Ed Harris that begs for more screen time to the always great Glen Powell as the alluringly overconfident “Hangman,” Greg Tarzan Davis as “Coyote,” Jay Ellis as “Payback,” Danny Ramirez as “Fanboy,” Monica Barbaro as “Phoenix,” and Lewis Pullman as “Bob”—“Top Gun: Maverick” runs fully on its enthralling on-screen harmony at times. For evidence, look no further than the intense, fiery chemistry between Connelly and Cruise throughout—it’s genuinely sexy stuff—and (in a nostalgic nod to the original), a rather sensual beach football sequence, shot with crimson hues and suggestive shadows by Claudio Miranda.

Still, the action sequences—all the low-altitude flights, airborne dogfights as well as Cruise on a motorcycle donned in his original Top Gun leather jacket—are likewise the breathtaking stars of “Maverick,” often accompanied by Harold Faltermeyer’s celebratory original score (aided by cues from Hans Zimmer and Lorne Balfe). Reportedly, all the flying scenes—a pair of which are pure hell-yes moments for Cruise—were shot in actual U.S. Navy F/A-18s, for which the cast had to be trained during a mind-boggling process. The authentic work that went into every frame generously shows. As the jets cut through the atmosphere and brush their target soils in close-shave movements—all coherently edited by Eddie Hamilton—the sensation they generate feels miraculous and worthy of the biggest screen one can possibly find. Equally worthy of that big screen are the emotional strokes of “Maverick” that pack an unexpected punch. Sure, you might be prepared for a second sky-dance with “Maverick,” but perhaps not one that might require a tissue or two in its final stretch.

There will be viewers, no doubt, who share the violent bleakness of the movie’s outlook. Will they admire such rigor, or will they reckon, as I did, that it narrows and flattens the free movement of the drama, with dismal results? After a while, the story has nowhere to go. Of the delicate eco-fable with which Garland began his tale, little remains, although, in a magical twist, the naked man sprouts leaves and stems from his face and body—as did various folk in “Annihilation,” and as does the Green Man, an ancient figure who can still be seen carved in English churches. In an era of plague and climatic disturbance, there is no more fertile issue than the inter-wreathing of the human and the natural, and no one better than Garland to give it luxuriant life onscreen. Maybe next time. ♦

The plot of the film begins with the summons of a senior test pilot captain named Pete “Maverick” Mitchell (Tom Cruise).

Maverik is a figure who deliberately avoids promotion after thirty-six years of service in the United States Navy aviation.

Maverick’s recall is to train a group of Top Gun graduates who will undertake special missions under the command of the US Navy and former rival, Admiral Tom “Iceman” Kazansky (Val Kilmer).

One of the Top Gun graduates who will be trained by Maverick is Lieutenant Bradley “Rooster” Bradshaw (Miles Teller), the son of his late best friend.

Mavic is then informed by his commander about the elite task of Top Gun pilots, which is to fight the mountainous country by destroying the uranium facilities that have begun to be built.

The location of this uranium facility is in a strange area within a mountain gorge and under SAM (air missile) protection.

How is the continuation of the film Top Gun: Maverick? Will Marewick be able to train Top Gun graduates and destroy the uranium facility? Watch the full story in theaters near you starting May 27, 2022. 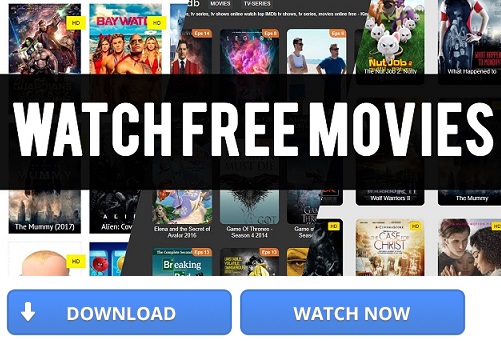